The famous Taiji grandmaster Chen Fake (1887-1957) was born and grew up in the Chen Family Village of Wen County, Henan Province. He was the standard bearer of the 17th generation of Chen Style Taijiquan. His great-grandfather was the famous Chen Taiji grandmaster Chen Changxing. His grandfather Chen Genyun and father Chen Yangxi were also well accomplished Taiji masters.

Chen Fake was the youngest of three brothers. Both of his older brothers passed away in their early ages. His father was in his sixties when Chen Fake was born, and Fake was spoiled as a young child. There was no pressure from his parents for him to practice Taiji. In addition, he did not have a good diet. He eventually developed a stomach ailment and could not digest food very well, and his health was poor. While playing outside one day when he was 14 years old, he overheard family elders lamenting his laziness: “This family has produced so many famous/well accomplished masters: his ancestor, his grandfather, and his father. This glory seems to be ending now because he (Chen Fake) is only interested in playing and having fun and not in practicing Taiji”.

From then on, Chen Fake started working hard and practiced the form several dozen times a day. After a few years of training, he cured his stomach problem and became very strong. He had improved his Taiji skill tremendously and reached a high level. He was not satisfied with his accomplishment, however, and continued working hard under careful guidance from his father. He eventually reached a very high level of skill where his hunyuan nei qi was strong but also xuling, his silk reeling energy was both strong and soft, and his push-hands was also cu shen ru hua. Masters from both within and outside his family all had difficulty handling him. He became famous after he defeated several martial art instructors in war lord Hang Fuqiu’s army.

In 1928, master Chen Zhaopei (18th generation) was teaching Chen Taiji in Beijing. Then the Nanjing Martial Art Institute was established, and Chen Zhaopei was invited to teach there. Chen Zhaopei recommended Chen Fake to replace him in Beijing by saying: “I learned Taiji from my third uncle” (Chen Fake). He wrote a letter to Chen Fake before he left for Nanjing, asking him to teach in Beijing, and Chen Fake traveled to Beijing by himself after he received Zhaopei’s letter.

Fake remained undefeated after taking open challenges for 17 days in Beijing and became very famous in the martial community, and people referred to him as “Taiji yi ren” (the best Taiji master). Since that time, the real gongfu of Chen Style Taiji started to be recognized and respected by the outside world. In order to share this art with general public, grandmaster Fake opened the “Zhongzhou Institute” to teach Taiji in Wai Luomashi Da Jie outside Xuanwu Men in Beijjing. Before then, Chen Style Taiji had been taught in a secret manner, kept in the Chen family and practiced only in a small region of China.

Grandmaster Fake’s teaching changed this tradition, made this art available to the outside world, and opened a new era in the development of Chen Style Taijiquan. This became the second landmark in China’s Taijiquan history. Grandmaster Chen not only had high martial art skill but also high moral virtue. Although he had compared skills with many martial artists in his nearly 30 year teaching career in Beijing, he seldom made enemies and had made many friends within the martial arts community in Beijing. He is called the “Quan Shen” (martial saint) by international martial artists. 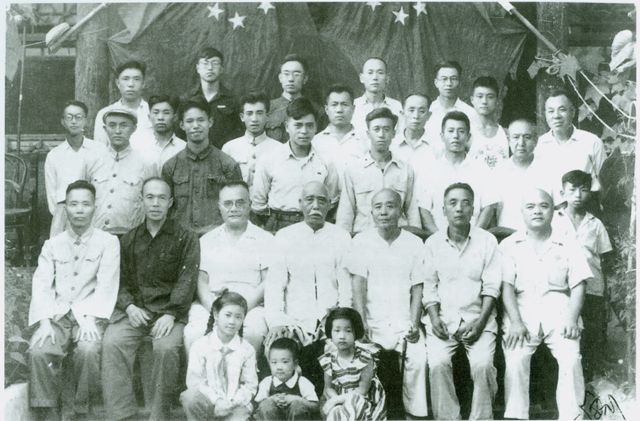